The Human Rights Code is Ontario legislation that exists with the stated goal of “recogniz[ing] the dignity and worth of every person and … provid[ing] for equal rights and opportunities without discrimination.” To that end, the Code prohibits discrimination on multiple grounds, including race, ancestry, sex, sexual orientation, and disability, among others. The Code also clearly prohibits discrimination based on age. However, this prohibition long operated without any real effect in the realm of employment law. This was due to provisions in the Code that allowed for certain exceptions for age-based discrimination. These exceptions permitted employers to lawfully terminate the benefits of employees at age 65 and force them into retirement. On age-related employment issues, the Code was like a 65-year-old without dental coverage: it had no teeth.

The Code can adapt though, and (for the most part) mandatory retirement policies for senior employees were forced to an end with amendments that occurred in 2006. The exception, which has permitted the termination of employee benefits at age 65, has held on much longer though. The rationale for the exception has been that providing coverage for older employees could lead to increased costs, which may then result in insurers offering less comprehensive benefit packages.

The Human Rights Tribunal of Ontario (the “HRTO”) considered the legitimacy of this exception in the 2018 case of Talos v. Grand Erie District School Board. Mr. Talos is a schoolteacher whose health benefits were terminated when he reached the age of 65. The HRTO found that section 25(2.1) of the Code (in connection with the applicable sections of the Employment Standards Act and its regulations) constituted a violation of section 15(1) of the Canadian Charter of Rights and Freedoms, which supersedes the Code and guarantees the right to freedom from discrimination for all people in Canada. Therefore, the Grand Erie District School Board had violated Mr. Talos’ right to freedom from discrimination based on age by terminating his health benefits at the age of 65.

What this means for employers and employees:

Employers may wish to update their benefit policies and confer with their benefit providers to ensure they are not violating the Code. The termination of employees’ health benefits at the age of 65 could result in discrimination applications before the HRTO. An employer who desires to ensure its policies are in compliance with the Code should seek the advice of an employment lawyer.

If you are an employee who has recently had your benefits terminated at the age of 65, you may have a claim and should seek legal advice immediately. 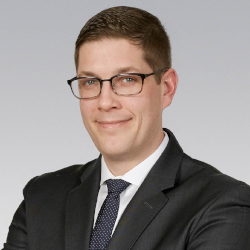