Disclaimer – The foregoing is not to be considered as legal advice, and is intended as general information only.  Legal advice can only be given in the context of a known set of circumstances.

A common strategy being promoted to avoid probate fees (now called estate administration tax) is to put various assets into joint ownership, often with an adult child or adult children.  This is commonly done with real estate, bank accounts and investment accounts.  The process is relatively simple and inexpensive, but there can be unintended and unexpected consequences, both immediate and after death.

It should be noted that in Ontario, the probate fees avoided only amount to a maximum of 1.5% of the value at death of the transferred asset(s) (leaving 98.5% of the value for the estate).  This savings may not be worth the following risks and consequences.

Is it an Immediate Disposition?

One unintended consequence that can arise is that there may be an immediate disposition by the original owner of an interest in the asset in favour of the joint transferee(s) at the current fair market value of the transferred asset, and this can trigger the immediate payment of land transfer tax and/or capital gains tax.  If the asset transferred is an interest in a principal residence, there may be a loss in the future of the principal residence capital gains exemption to the extent of the interest transferred from the date of the transfer onward.  If the asset transferred produces income, such as interest, dividends or rental income, it may be that the joint transferee(s) will be assessed as having received a share of such income arising after the transfer and have to pay their own taxes on such income.

Another unintended consequence may be a loss of control of the transferred asset.  If the transferred asset is real estate, there can be no future dealings with the real estate, such as a sale or mortgage, unless all owners consent and sign the required documents, including the joint transferee(s).  If there is to be a new mortgage placed on the real estate, the joint transferee(s) will not only have to agree to and sign the mortgage, they will also become liable for the mortgage debt.

If one of the joint transferees is a minor (under 18 in Ontario), a minor in Ontario has limited legal capacity to deal with property or to enter into contracts, nor does a parent have such rights on their child’s behalf (other than by statute or court order).  Future dealings with such transferred asset(s) can be very problematic, and for this reason alone, in most cases, this is sufficient reason not to make a minor a joint owner of property.

Exposure of Assets to Further Creditors

Exposure of Assets to Improper Use

A further risk of having bank accounts and investment accounts in joint ownership is that the joint transferee(s) may improperly access such funds and dissipate them without the knowledge or consent of the original owner.

Upon the death of the original owner, complicated legal questions and issues may arise with respect to jointly held property.  The joint transferee(s) may take the position that the entire interest of the deceased in the jointly owned property passes to them by right of survivorship, contrary to the intentions of the deceased.  For example, if the deceased has several children and intended for them to share equally in the estate of the deceased, including jointly held assets, but for convenience, only one adult child was made the joint transferee/owner and that child takes the position that the jointly held asset now belongs to them alone, the only resolution may be a costly and emotional legal action among family members.

Another example would be where any beneficiary of a share of the residue of the estate of the deceased, for example a charity, takes the position that the transfer of an asset into joint ownership was only for purposes of convenience and there was no intention to transfer a beneficial survivorship interest to the joint transferee(s).  Their argument would be that, accordingly, the jointly held asset is properly an estate asset to be dealt with in accordance with the will of the deceased.  Again, costly legal action may be the only way to resolve the dispute.

Canada Revenue Agency may also take the position that jointly held assets have not passed on death to the surviving joint transferee(s) by right of survivorship and therefore remain assets of the estate of the deceased, on which probate fees are payable (estate administration tax), possibly defeating the entire reason for placing the assets in joint ownership in the first place.

In Ontario, there are a number of court decisions that touch on these and other similar issues in relation to joint ownership.  These decisions may provide some guidance, but each case turns on its own fact situation.  However, taking such matters to court for resolution is very costly, will delay the distribution of the estate for a very long time, will undoubtedly be very emotional, and the outcome is never certain.

How to Avoid Risks

Accordingly, the best advice is to avoid the controversy and the risks from the outset.  Get proper and timely legal and tax advice before taking steps to put assets into joint ownership, in order that you understand the implications and avoid unintended consequences.  With proper legal advice, you may still be able to achieve your objectives, but without the risks. 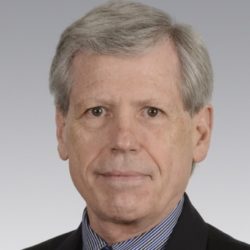