A Guide to Domestic Contracts

A domestic contract is a general term for a written agreement made between two people who are cohabiting in or cohabited in a marriage-like relationship. The gender of the couple is irrelevant. They generally address financial matters and the couple’s ownership of property, but they can address additional matters depending on the circumstances.

In Ontario, the three commonly used types of domestic contract are:

Each type of contract serves a specific purpose, can address different issues, and must be prepared and signed according to specific rules.  The following guide to domestic contracts provides an overview of the use of domestic contracts in the province. If you have any further questions, our team of family law lawyers is available to help you.

Do You Need a Domestic Contract?

A domestic contract does not only outline terms regarding the couple’s rights at the end of their relationship. It can address how the couple intend to deal with their respective rights and responsibilities during their relationship and in the event of their partner’s death.

A domestic contract enables two people to arrange their financial and personal affairs in a way that suits them, rather than the one-size-fits-all approach that a Court may use in the event that it is called upon to settle a dispute.

Both cohabitation and marriage agreements may contain a provision regarding the rights of each partner to direct the education and moral training of their children. However, these agreements cannot stipulate terms regarding future child decision-making, future parenting time or future child support. Contracts that affect the rights of children are closely scrutinized.

A cohabiting couple might use a cohabitation agreement to avoid future disagreements. An agreement might give a specific ownership interest of an asset to one partner, even though the other partner brought the asset into the relationship. The terms of the agreement may be based on both partners’ contributions to the upkeep of the asset in question.

A marriage contract is an agreement signed by two people who are married or who intend to be married. Marriage contracts outline terms for each partner’s respective rights and responsibilities during their marriage, in the event of a separation, or after the death of one spouse.

In Ontario, the net family property of married spouses is equalized upon separation. A marriage agreement may be used to exclude a specific asset from the calculation of net family property. For example, a married couple may use a marriage agreement to specify that a vacation property owned by one spouse and their siblings is the sole asset and sole responsibility of the owning spouse, and therefore the other spouse has no interest in the property and no responsibility for any debts associated with the property or its upkeep.

A separation agreement is a contract between two people who cohabited, regardless of their martial status, and have ceased to live together. It can outline terms related to any issue addressed in a cohabitation or marriage agreement. Additionally, separation agreements can stipulate each spouse’s rights to maintain decision-making responsibility for their children (formerly known as custody) and parenting time with their children (formerly known as access).

Ensuring the Validity of Your Domestic Contract

Valid domestic agreements must be in writing, signed by both partners, witnessed and dated. A Court can declare a domestic contract unenforceable if:

As such, during the preparation of an agreement, it is important for both partners to be honest and thorough in their disclosure. It is also important for each signatory to obtain independent legal advice before signing the domestic agreement.  This means that both spouses must retain separate lawyers. The lawyers cannot work in the same firm. No one other than the spouse, the spouse’s lawyer, and the witness should be present at the meeting when the domestic agreement is signed.

Domestic contracts can prevent the need for litigation in the event of separation or divorce. Contact one of Cohen Highley LLP’s family law professionals today to learn more about how a domestic contract can be used to protect you. 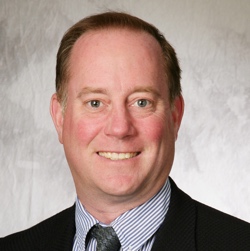