Disclaimer: This article is written for informational purposes only and should not be relied upon as legal advice. In each case, specific legal advice should be obtained which will be responsive to the circumstances of the individual requiring it (Copyright and Disclosure).

Recently, the Supreme Court of Canada reviewed the issue of causation in Athey v. Leonati, an appeal from the British Columbia Court of Appeal. This is an important case in the understanding of causation and the principals for assessing damages in cases where there are different causes for the Plaintiff’s injuries and continuing medical problems.

Jon Athey was a 43 year old autobody repairman and bodyshop manager with a predisposition to back problems. In February of 1991, he was involved in a motor vehicle accident that left him with a stiff back and neck. He missed four days from work as a result, and returned to work in a less strenuous position. He was involved in a second motor vehicle accident two months later, but was able to return to work the next day, doing less physical work and more managerial duties.

On his doctor’s advice, he attended a gym and, during some warm-up exercises, he felt a sudden “pop” in his low back. He experienced severe pain and was hospitalized for three weeks. He underwent surgery for disc herniation. He had a good recovery but could not return to his former occupation as an autobody repairman and shop manager, and was required to take other employment at a lower rate of pay.

The Plaintiff’s appeal to the British Columbia Court of Appeal was dismissed by Southin J.A.

The Plaintiff appealed to the Supreme Court of Canada which allowed Athey to recover 100% of his damages. Major J., writing for a unanimous court, reviewed the fundamental rules of causation:

The issue of causation and compensation can be sorted out in most cases by returning to the basics of causation as restated in Athey v. Leonati. The ratio of that judgment is limited in scope to cases of multiple causations, where a tortfeasor cannot avoid liability for injuries or losses on the grounds that one of the contributing causes (even if a major contribution) emanated from the Plaintiff. However, it can also be said from the dicta in this decision that these principles can be extended to resolve other more complicated cases of causation.

The Athey case clearly demonstrates that a Plaintiff can recover 100% of his damages if the Defendant, by his conduct, contributed in some way to the Plaintiff s damages, even if that contribution is significantly less than 50%. Although it is not now necessary, nor has it ever been, for the Plaintiff to establish that the Defendant’s negligence was the sole cause of the injury, there will frequently be a myriad of other background events which are necessary preconditions to the injury occurring. As long as a Defendant is part of the cause of an injury, the Defendant is liable, even though his act alone was not enough to create the injury. There is no basis for a reduction of liability because of the existence of other preconditions: Defendants remain liable for all injuries caused or materially contributed to by their negligence.

The Athey case has been considered in three Court of Appeal decisions, two in Ontario, and one in New Brunswick.

In the case of Landry v. Doucette, [1997] N. B.J. No. 466, a decision of the New Brunswick Court of Appeal, Turnball J. considered the Athey decision in reviewing a trial judge’s decision where he reduced the Plaintiff’s income loss by 50% because he felt that the pre-existing depression contributed equally to this loss with the injuries sustained in the accident. The Court of Appeal felt that the facts of this case were distinguishable from the facts in Athey and dismissed the appeal upholding the trial judge’s finding.

In the case of Babeckas v. Wellington, [1997] ).J. No. 3181, Charron J.A., delivering Judgment for the Ontario Court of Appeal, considered Athey but distinguished the facts from Athey and upheld a trial judge’s finding in which he assessed a global figure for damages caused by both the Plaintiff’s pre-existing condition and the Defendant’s tortious act, and then awarded to the Plaintiff only that portion of the damages caused or contributed to by the tortious act of the Defendant. As a consequence, the appeal was dismissed.

Athey was again considered in the decision of Alderson v. Callaghan (1998), 40 O.R. (3d) at 136, before the Ontario Court of Appeal in a Judgment released in May of 1998. In considering a trial judge’s instructions to a jury, Moldaver, J.A. said as follows:

The fact that Alderson’s overall condition may have been exacerbated by subsequent tortious acts does not relieve the Defendant from full responsibility.”

In this case, the appeal was allowed and the matter sent back for a new trial.

In summary, it therefore can be said that each case must be looked upon on its own facts and hopefully these cases will provide some guidance in assisting in the assessment of damage cases where there appear to be multiple causes for a Plaintiff’s condition, particularly where some of these pre-existing conditions were not caused by tortious conduct.

Should you need to speak to a lawyer about a professional malpractice issue, please contact John Makins by e-mail, or by phone at (519) 672-9330. If corresponding by e-mail be sure to include your name, your telephone number, and a brief message. 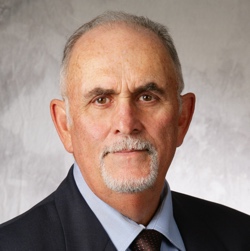