After the global pandemic, the real estate market in Ontario recently witnessed a massive increase in transactions. This market was not kind to buyers for a couple of years now. With more buyers in the market, the demand for homes had been at an all-time high, which resulted in a seller’s market.

Interestingly, real estate agents were noticing a new trend as a result of this supply and demand imbalance. For sellers in the Greater Toronto Area, this market was prime for picking their “ideal” purchaser. Once a property was able to reap multiple offers, well beyond the listed asking price, money no longer became the only metric for vendors when selecting an offer.

In addition to offering high prices, purchasers began relying on more “creative” ways to stand out from the crowd, along with making an all-cash offer, waiving inspections and contingencies. In addition, purchasers began to distinguish themselves by writing personal cover letters to vendors, creating family videos and sharing family pictures with the vendors, in hopes of making a personal connection.

Superficially, this form of evaluation by the seller may seem harmless. However, consider a letter written to the seller illustrating how the buyer, belonging to a nuclear family, can imagine their kids growing up in this house, playing in the backyard and hunting for Easter eggs for years to come. Such contents may reveal the buyer’s socioeconomic status, family dynamic and religious background to the seller. As like-minded sellers choose like-minded buyers, we may begin to see a prevalence of affluent/middle-class white neighborhoods sustaining their territory, in spite of the continuous influx of immigrant families in Canada.

A study published by the Canada Mortgage and Housing Corporation in 2021 revealed that Black, Arab, Aboriginal people and Latin American Canadian minorities have the lowest rates of homeownership in Canada. This gap persists despite controlling for income, location and demographics (age, sex, household living arrangement, knowledge of official languages, generation status and immigration category). Such statistics are indicative of implicit biases that likely exist in the housing industry at large.

Many minority groups in Canada are already struggling to become homeowners due to intersecting socioeconomic factors. The practice of bidding with supplemental family information only adds another barrier for these prospective homeowners. In recent history, property developers and homeowner associations colluded to ensure Jewish people could not own, rent or visit property in certain Canadian communities. For example, the residents of Victoria Beach, on Lake Winnipeg, fought long and hard to ensure Jewish neighbours were banned from their exclusive beach resort community in order to maintain high property values. While less blatant today, the process of revealing the race, religion, gender, sexual orientation or age of a potential buyer may be used by a vendor to determine which groups will be successor homeowners.

When it becomes a buyer’s market again, vendors will become more concerned with staging their homes to attract even a couple of offers. In a previous buyer’s market, homeowners were advised by their realtors to remove any religious paraphernalia from their homes and refrain from cooking any fragrant ethnic foods in an effort to entice potential buyers. This advice was so common that many vendors took to online blogs to vent their frustration. It is obvious from this advice and these combined practices, that both an individual’s prospects of purchasing or selling a home is tied to their ability to appear as hetero normative and Eurocentric as possible.

The practice of sharing home videos, letters and family pictures with vendors will likely only contribute to the increasing gap for minority groups in Canada who are struggling to own homes. Still, realtors are encouraging their clients to craft homebuyer letters to potential vendors in order to increase the chances of a successful bid. After reviewing the problematic impact of these practices, these authors are urging Real Estate Council of Ontario to consider taking proactive steps to avoid any unintended discriminatory consequences or human rights violations.

This article originally appeared in The Lawyers Daily 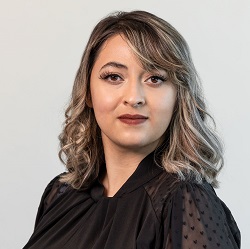