Should you buy that decommissioned gas station? Many old gas stations have been closed over the past several years and many of those stations are located in what appears to be very commercially advantageous locations. Should you pick up the potential deal? The answer is of course not as easy as you might imagine.

You have to start by having a very sober look at the terms of the agreement of purchase and sale proposed by the gas company. I have seen a number of these agreements and the schedule terms, which are generally not negotiable as far as the gas company is concern, are frankly quite frightening in most cases. The last three deals which I examined in fact were pretty much the same notwithstanding that the gas companies were different which suggests to me that these companies are receiving common advice from their legal advisors.

Please ensure that you have the agreement inspected and obtain appropriate legal advice before signing. Some agreements these days will indicate that they are subject to the approval of the purchaser’s lawyer but not all do and generally these gas station offers do not have a purchaser’s lawyer’s approval “out clause”.

The common offer now will come with an environmental study attached. Many buyers are reassured by the provision of the environmental report. After all, if the report did not indicate that the lands are free and clear of any troublesome contamination, then obviously the gas company would not have provided the report? Well, read the fine print and you will find that you are agreeing that you will not be entitled to walk from the deal unless you can show that the report provided by the gas company is in error. In other words, as long as the report is accurate, you are on the hook and you can probably only imagine what it might cost you in terms of independent soil and other testing to show that the report is incorrect.

I will be the first to admit that I do not understand these environmental reports. They are full of technical jargon that rivals a good legal opinion. Face the facts, unless you are an environmental engineer, you are going to need the assistance of a good environmental engineer to interpret the report and to advise you as to whether or not the old gas station site was clear or more commonly, properly remediated.

In at least two of the three locations that I have dealt with, the reports had information relating to remediation at the sites. However, only an up to date environmental engineer can tell you whether or not the site has been remediated to the standard required by the Ministry of the Environment in the moment. Ministry standards can be a bit of a moving target and you have to have someone who is up to date on current requirements to comment upon same. We also noticed in those same two examples that the company conducting the remediation commented that they had installed special barriers around the sites after replacing the contaminated soil with clean soil. Why? So that the contamination which had obviously migrated off the site would not migrate back onto the site. Why is this a problem? It is a problem because these agreements not only stick you with the current condition of the property but they also require you as a purchaser to save the vendor harmless from any subsequent claims by anyone who may sue you over contamination to their lands caused by the prior owner of this property. Contaminants migrating off site are apparently not uncommon. The neighbouring property owners simply need to demonstrate that the source of the contamination was the property in question and the problem becomes yours as the new owner.

Your lawyer and your environmental engineer for a relatively modest investment can assist you in determining whether or not you may be buying a serious financial problem. Most of us have heard of parties purchasing a property for half a million dollars only to find that they have to shell out three million dollars to bring the property up to current decontamination specification and to settle the claims of their neighbours whose properties have been also contaminated from sources originating on the property that the unfortunate soul purchased. Some of these unfortunate souls could be compared to those drivers who are the first drivers to happen upon the black ice on the highway. Don’t join them. Either have the offer reviewed by parties that understand the risks to you or in the words of Monty Python and the Search for the Holy Grail “Run away!” 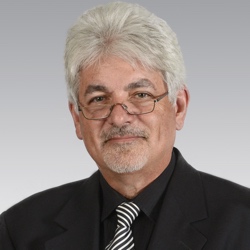