What Steps Should a Condo Corporation Take Before Enforcing the Rules Against a Tenant?

Tensions
often arise in condominium communities when the behaviour tenants is in breach
of the Condo’s Rules or Declaration. The Landlord/Unit Owner can often feel
frustrated by the behaviour and confused about how the Condominium Act, 1998
and the Residential Tenancies Act applies in the situation. Condo
corporations and managers should be mindful of the situation of investor owners
and follow best practices for condo corporations to ensure that those owners
have the opportunity to ensure the behaviour is corrected before commencing
litigation:

1)
Make sure that both the owner and tenant
are advised of the issue right from the start, and that both are kept updated
on the situation.

2)
If the owner has provided a proper address for service
– use it! Do not assume that the tenant will forward any correspondence from
the condo.

3)
Have reasonable expectations about the owner’s ability
to evict the tenant/terminate the tenancy. If the owner takes steps to
terminate/evict, the condo should cooperate with the owner and support them as
much as the condo is able, so that the owner has the necessary evidence to
present to the Landlord and Tenant Board and obtain an eviction order.

4)
Be reasonable when dealing with the different parties,
and listen to all sides.

Failing
to follow best practices could leave the condo corporation in a position where
they are unable to collect enforcement costs against the unit owner/landlord
and the condo may have costs awards reduced, meaning innocent unit owners will
be required to pay for a larger portion of the litigation costs.

A
recent case, Metropolitan
Toronto Condominium Corporation No. 933 v. Lyn, involved an
enforcement application brought by the condominium against the unit
owner/landlord as well as the tenant. The condo sought an Order declaring that
the owner and the tenant had breached the condo’s Noise Bylaw and a related
Rule, and requested an Order requiring both to comply with the Condominium
Act, 1998, as well as theBylaws and Rules of the condo. In the main
decision, released on January 13, 2020, Justice Stinson found that only the
tenant had violated the Noise Bylaw and the Rule, and therefore made an
Order against the tenant requiring her to comply with the Act and with the
condo’s Rules.

Ultimately,
Justice Stinson ruled that only the tenant and not the owner would be required
to pay the condo’s legal costs of the litigation. Practically speaking, it may
be difficult for the condo corporation to collect these costs from the tenant.
It will certainly be much more difficult than collecting costs as a common
expense from the unit owner, which is what MTCC 993 had asked the court to
order. In his Reasons, Justice Stinson made some important points about why
MTCC 993 would not be able to seek costs against the unit owner. These are best
practices for condo Boards moving forward, when dealing with enforcement issues
that involve tenants and owners.

1)
Make sure that both the owner and tenant
are advised of the issue right from the start, and that both are kept updated
on the situation.

The
initial complaint about the Tenant’s noise was made in July 2017, and the first
letter from the condo was sent to the tenant in August 2017. After additional
complaints in September, October, and November, the condo again wrote to the
tenant only, on November 9, 2017. The first that the owner heard of the issue
was in a letter dated November 17, 2017, which stated that it was the final
warning and demanded the owner and tenant pay the condo’s legal costs. This
delay in ensuring that the owner was aware of the issue, along with the ‘final
warning’ and demand for payment that was made in the first letter received by
the owner, was one of the factors that the Judge considered in determining that
the owner was not liable for the condo’s costs.

The
Judge also looked at the fact that, once the owner received the letter from the
condo in November 2017, she reached out to the tenant to try to resolve the
matter. The owner did not hear anything further from the condo until June 2018,
despite the condo receiving multiple complaints over the next few months. At
that point she again reached out to the tenant. The condo’s failure to keep the
owner updated and aware of the status of the problem was also factored in to
the Judge’s decision not to award costs against the owner.

2)
If the owner has provided an address for service – use
it! Do not assume that the tenant will forward any correspondence from the
condo.

As
the Judge pointed out in MTCC 993 v. Lyn, despite the fact that the condo knew
the owner’s address for service, the condo only sent some letters to the
tenant, who did not make the owner aware of the complaint. The landlord/unit
owner cannot take steps to correct a problem that they do not know about. When
sending compliance letters, check the record of owners to determine the correct
address for service. If no address for service is provided, as a best practice,
the condo corporation or manager should take reasonable steps to ensure the
owner is served with a copy of all correspondence that is sent to the tenant.
Taking this additional step could save the corporation a lot of headaches down
the road.

3)
Have reasonable expectations about the owner’s ability
to evict the tenant/terminate the tenancy. If the owner takes steps to
terminate/evict, the condo should cooperate with the owner and support them as
much as the condo is able, so that the owner has the necessary evidence to
present to the Landlord and Tenant Board and obtain an eviction order.

Yes,
owners have a duty to comply with the Act, the Declaration, Bylaws, and Rules.
But condo boards and managers need to remember that owners with tenants are
also bound by the Residential Tenancies Act, which takes precedence over
the owners’ obligation to the condo. An owner does not have the legal ability
to evict a tenant without an order from the Landlord and Tenant Board (LTB).

If
the owner is taking steps and making the effort to terminate the tenancy –
including communicating with the tenant about the issues, requesting that the
tenant vacate the unit, and/or applying to the LTB), provide the owner with
evidence (within the condo’s ability, keeping in mind confidentiality issues,
etc.). Unless there are other issues going on with the owner and tenant that
would justify an eviction, it is unlikely that the owner will be able to
successfully evict the tenant without evidence of the tenant’s non-compliance
and evidence of the potential consequences to the owner as a result of that
non-compliance.

In
MTCC 993 v Lyn, the condo refused to provide the owner with any evidence of the
non-compliance, which made it extremely unlikely that the owner would succeed
with an eviction. In fact, the owner sought legal counsel on the matter, and
that legal counsel advised the owner not to proceed with an application to the
LTB without evidence, as she would not succeed. The court found that the
owner’s behaviour was reasonable. Not only had the owner attempted to resolve
the issue with the tenant, but the condo’s refusal to cooperate with and
support the owner meant that the owner did not have the evidence necessary to
get an eviction order, which was the owner’s only way of addressing the
tenant’s non-compliance. In other words, the condo’s actions were unreasonable
and put the owner in an impossible situation: the condo demanded the eviction
of the tenant but refused to provide the owner with evidence necessary to get
the eviction.

4)
Be reasonable when dealing with the different parties,
and listen to all sides.

In
addition to refusing to provide evidence to the owner, the condo also set
unreasonable deadlines with which the owner had no legal ability to comply.
This unreasonableness was yet another point against the condo when the Judge
was deciding whether to award costs against the owner.

Not
only does the condo have an obligation to be reasonable when dealing with the
owner, but also when communicating with the tenant. In this case, the tenant
tried on multiple occasions to talk with the condo’s Board and management about
the noise complaints, requesting further information so that she could modify
the layout of her unit or her actions within the unit so that it would bother
the neighbour less. Not only was the tenant not provided with any helpful
information, but she was also advised that she could only communicate with the
condo through the owner, not directly with the management or Board. The condo’s
conduct made it clear that they were not willing to consider the tenant’s
position or work with her on resolving the issue. While the Judge did award
costs against the tenant, those costs were reduced from the amount claimed by
the condo, and the condo’s unreasonableness in dealing with the tenant was one of
reasons for the reduced amount.

As
discussed in prior Bulletins, condos have an obligation to act reasonably, not
heavy-handed, and to negotiate in good faith (Amlani
v. YCC 473). If a condo fails to comply with its duty to negotiate in
good faith, there could be serious financial implications for the Corporation,
which then impacts all unit owners.

The
court in Amlani provided guidelines as to what “reasonable”
actions should include. Namely, when interacting with owners and occupants, the
Board or Property Manager should:

It
is important to remember that the condo has a duty to take all reasonable steps
to ensure compliance with the Act, Declaration, By-laws, and Rules.
Reasonableness should be paramount in the decision-making for all parties. In
this case, the tenant was found to be in breach of the By-law and Rules, but
the court found that the owner acted reasonably and the condo did not. As a
result, the owner did not get any order made against them, while the tenant was
obligated to pay a reduced amount of the condo’s costs.

Although
the condo was successful in the application and did receive a costs award,
these costs are only payable by the tenant. The condo cannot secure these costs
by adding them to the common expenses to be paid for the unit. The condo will
have to use the general collection options that are available through the
Superior Court, such as garnishing wages or issuing a Writ of Seizure and Sale
against the tenant’s property – and, since the tenant is renting, the
likelihood of the tenant owing property is remote. These options will cost the
condo additional legal costs to enforce, and may not result in any significant
collection.

If
the condo had followed the best practices set out above, the matter could have
been resolved by the owner at the LTB, without the condo having to go to court
and incur significant legal costs at all. Even if a court application still had
been required, the condo would have had a much greater chance of having costs
awarded against the owner, which would make collecting those costs much easier.

If
you would like to read more about the case, you can find it here. 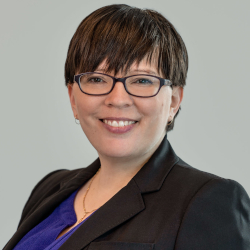