The legislation was amended to provide an exemption where the
rental unit is owned by the landlord and is provided to an employee for their
use in connection with the employment agreement. The exemption applies where
the tenancy agreement for the rental unit is entered into on or after July 21,
2020. This exemption gives landlords the ability to remove onsite staff from
the community where the employment relationship ends.

Prior to Bill 184, Landlords that incurred significant
expenditures for infrastructure capital upgrades could apply to the Board for
approval of a rent increase above guideline. If the landlord could show the
work was “required” by a government agency then the Board was
empowered to grant an increase of more than the statutory limit of 9.0% above
the guideline.

The problem for landlords is that often they could demonstrate
the necessity for the infrastructure upgrade but were denied relief for the
full cost of the project because the work was not “ordered” or
“directed” to be carried out by a government agency. This placed
landlords who undertook work in a prudent and pro-active manner in a catch 22.
The aging infrastructure in their park needed to be upgraded but it had not yet
catastrophically failed thus triggering an order or directive from a government
agency requiring the work to be completed.

The amendment addresses this inequity and removes the
pre-condition that an infrastructure upgrade in a mobile home-land lease
community be required by a government agency to obtain relief from the 9.0% cap
for capital expenditures. The manner and method for implementing increases in
excess of 9.0% has been left to regulation.

The legislation was also amended to allow for the recovery and
imposition of certain fees and charges that are routinely associated with the
operation of mobile home developments. Such charges would no longer be
considered “rent” and subject only to statutory guideline increases.
The province will adopt regulations to define the prescribed services and facilities
that will be affected by the exclusion from rent.

Despite Bill 184 receiving Royal Assent, the amended sections of
the RTA dealing with the mobile home rent control changes will not come into
force until the regulations have been promulgated, likely later this year.

Finally, the Board has increased the fees that it charges for
processing AGI applications. The cost is now $233 for the first 10 units, plus
an additional charge of $10 per unit thereafter to a maximum of $1,000.00. To
implement the new fees the Board has updated the Form L5. Landlords are advised
to use the most up to date Form L5 from the Board’s web site, or risk having
their application delayed or dismissed. 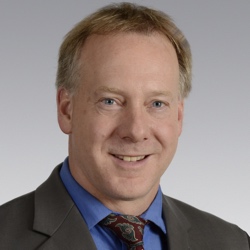